The Rumshock Veterans Foundation has announced the recipient of its 2021 Scholarship: Matthew Grogan, a senior at Valley Central High School in Montgomery, NY, who has written about a family military member who helped create the foundation of who that student is today.

Matthew Aloysius Grogan is a high school senior and an Eagle Scout from Troop 31 in Montgomery NY. He wrote about his grandfather, Aloysius Grogan, who was a Staff Sergeant in the U.S. Army while he served in combat during the Korean War.

Mr. Aloysius Grogan emigrated to America in 1949 and signed his selective service paperwork in Ireland prior to leaving. After being claimed by his uncle upon his arrival in the United States, he found employment with the local A&P grocery store. In 1950, he was called into service by his new country and was sent to Fort Dix for basic training. He would jokingly say that he saw the Golden Gate Bridge once, from underneath, on the day he was on the transport ship leaving for Korea.

He would serve in Korea from 1950 to 1952 and then another four years in the Army Reserves before being granted an Honorable Discharged in 1956. We know very little of SSgt. Grogan’s time in combat, however, because he never spoke about it. He only spoke of the good things in the service, having a Coca-Cola with a friend, baseball games that were played, and how his faith saw him through while he was running to and from the foxholes. SSgt. Grogan believed that he was blessed and lucky; he was to become an American citizen seven months after he returned from combat. When asked about his service he would say, “I made a deal with America. If she would take me in, I would defend Her!” This taught Matthew to be loyal to those whom he has made promises to.

Most, if not all, of the information his family knows about his grandfather’s service comes from others, not directly from his grandfather. We know that he crossed the Korean 38th parallel twice from a picture that he sent his sister. We know that he was missing in action and presumed dead from a letter that was sent to his father in Ireland. A letter both from the U. S. Army and one from his father,  both stating that he was very much alive, lifted the veil of grief from his parent’s faces.

During the time between the two letters, there were several births in his family and many of the male children were named Aloysius, in his memory. Thankfully, he was alive and those who bear his name are very proud of his service. This taught Matthew to have humility in his actions. After he returned home, he met and married the love of his life, Bridie. He traded his military boots for construction boots and with a steady job and beautiful wife, they began their new life together which would include raising ten children.

Early in their marriage, Bridie would have to calm Aloysius from his night terrors, she said. For the first two years of their marriage he ran from the Koreans every night in his nightmares. Was this from when he was MIA? We don’t know and will never know because he took all of this to the grave with him. It wasn’t until the children started to arrive that the war seemed to subside in him. He put it away somewhere in his heart and mind and tried to become the man he was prior to Korea. This taught Matthew perseverance and courage.

Aloysius and Bridie raised not only their ten children but another child from a cousin who died at a young age. Aloysius retired as a construction foreman. During his career he worked on many of New York City’s historic buildings and landmarks. Some of these were St. Patrick’s Cathedral, The World Trade Center, Carnegie Hall and The Statue of Liberty. While it was not an easy feat, they sent all their children to private schools, eight attained their bachelor’s degrees, five their master’s degrees and two their Ph.Ds.

During this time, Matthew’s grandfather never sought any aid from the Veteran’s Administration and never went to the military exchange to shop for his large family. When asked why he didn’t use these services that were offered to him, he would say that he was lucky to return home alive and in one piece to find a loving wife and good job, there were many who returned that were not so fortunate and that it was right to leave “a little something on the table for them.” This taught Matthew charity to others.

Respect for the U.S. flag was ingrained in his aunts and uncles and was passed down to the twenty-one grandchildren as a birthright. Matthew’s grandfather, both before and after Korea, was a non-confrontational man. He was a faithful parishioner to his church, a good neighbor and friend to all who had the pleasure of knowing him. The only time he would go out of his way to correct someone was when he noticed them displaying our country’s flag in an inappropriate fashion. He would knock on a door or window of a house and say, “Can I help you with your flag?” Although he didn’t say it, we knew that he pledged his allegiance to it and he saw many of his friends return home draped under our flag. It was so very special to him, as it should be to us all. This taught Matthew a fierce sense of patriotism.

Matthew’s  grandfather’s service has had a lasting impact not only on Matt but on his entire family. “He taught us loyalty, humility, perseverance, courage, charity, and patriotism. He inspired me not only to earn my Eagle Scout rank and Heritage District Lifesaving Award but become involved in the JROTC, in which I have risen to the rank of Sergeant First Class. He will always be the standard that my family measures ourselves by and seeks to attain. This is what this immigrant, citizen soldier taught me and I am lucky to call him my Poppy,” revealed Matthew.

Rumshock Veterans Foundation invited veteran family members in Orange County to write about a family member veteran. Winning essays illustrated how coming from a military background influenced their values and goals in life. The Rumshock Veterans Foundation, RumshockVF.org, is a 501(c)3 nonprofit corporation. Rumshock programs are intended to help veterans after discharge address any challenges they may face as a result of their military service, while honoring their dedication and the sacrifices they have made on behalf of our country. 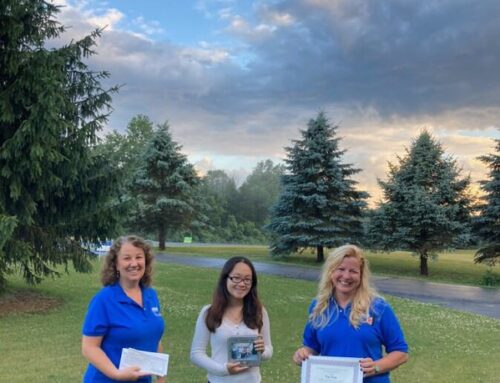 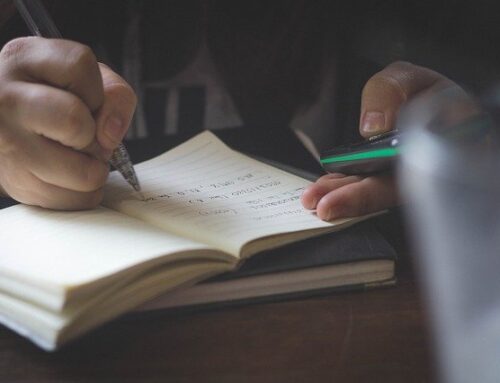