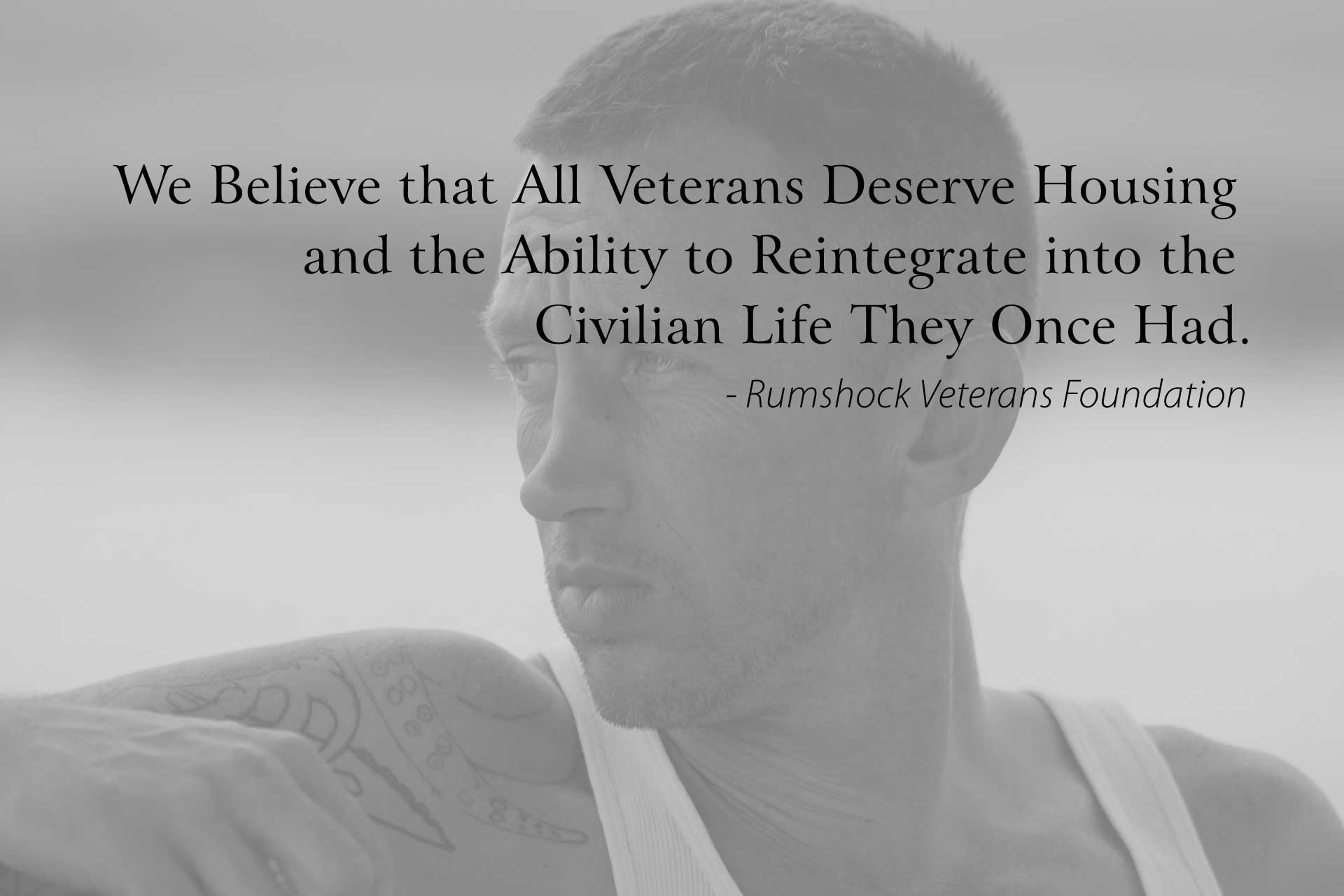 There are 40,000 veterans in the US who need affordable housing

There are 24 US veteran suicides every day; we lose more to suicide than to combat.

Less than 50% of veterans receive any mental health treatment 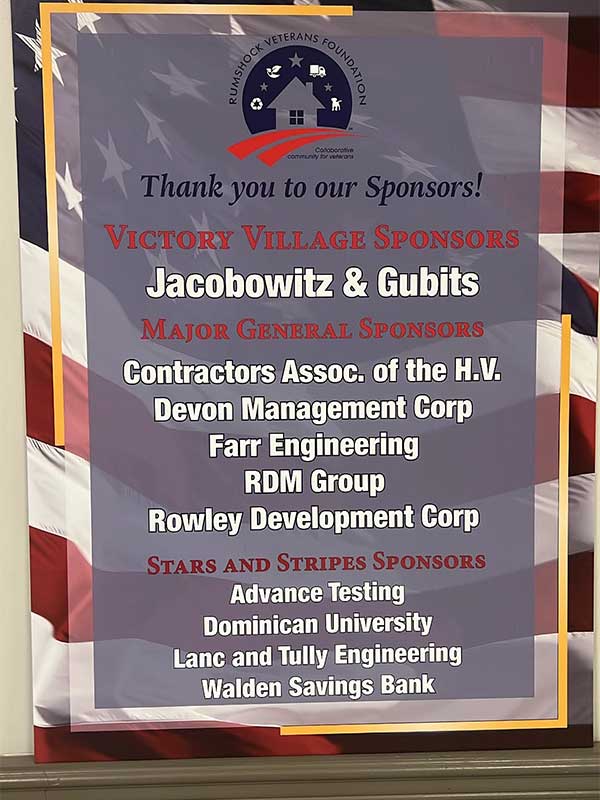 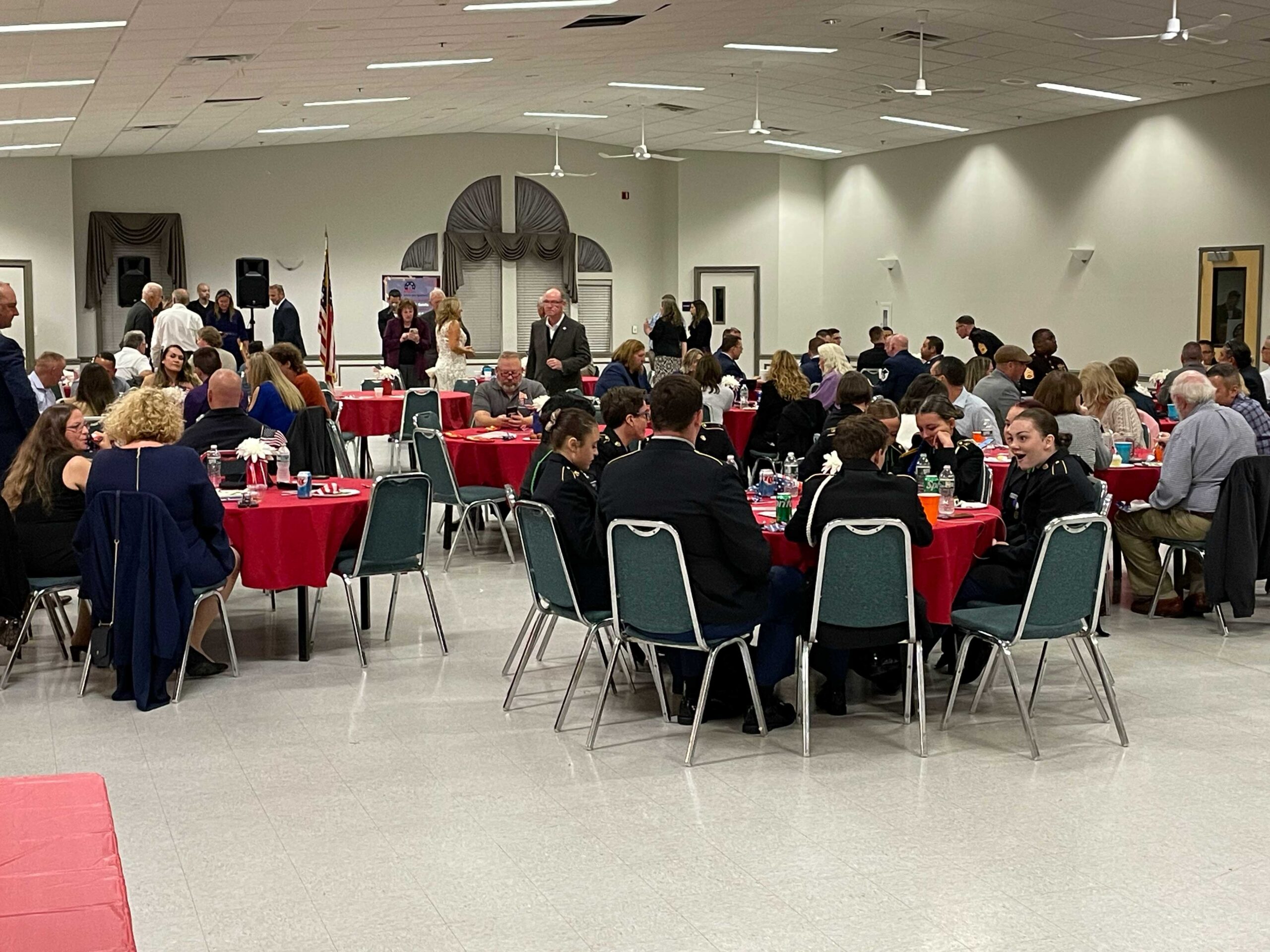 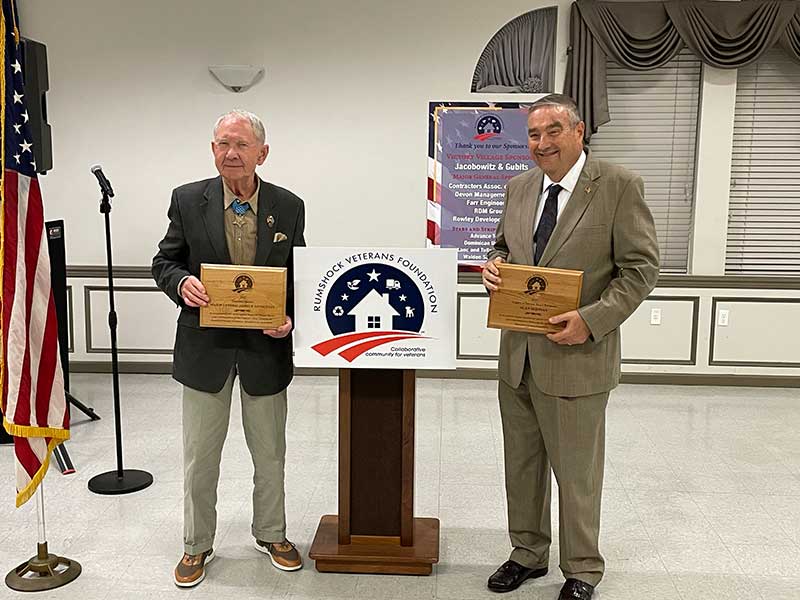 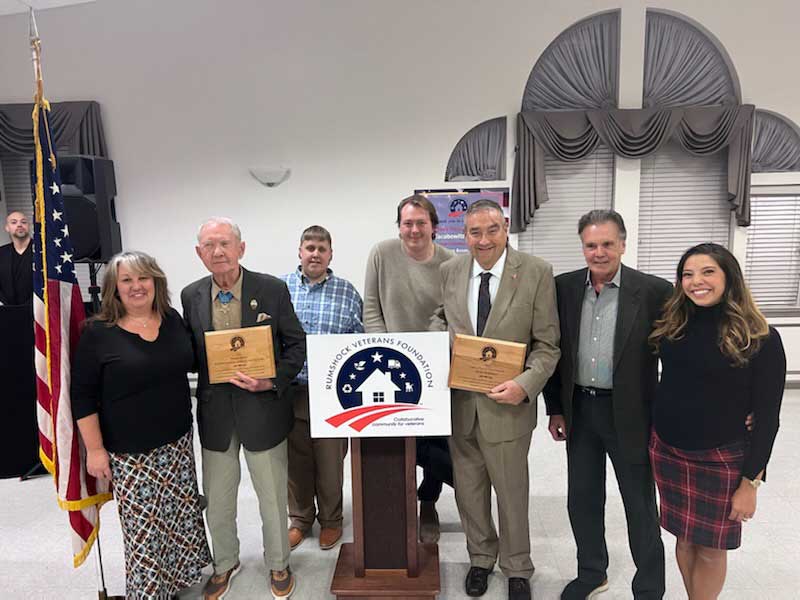 The Rumshock Veterans Foundation has announced the recipient of its 2021 Scholarship: Matthew Grogan, a senior at Valley Central High School in Montgomery, NY, who has written about a family military member who helped create [...]

On Tuesday, October 18, 2022 during its Second Annual Gala held at the Walden Firehouse, NY, the Rumshock Veterans Foundation invited its special guest and Medal of Honor recipient, Marine Corps Maj. Gen. James Everett Livingston, to explain to attendees why it’s important for parents to “set the bar high for kids to achieve more during their lifetime.”

“This thing is emotional for me because it’s about taking care of our brothers and sisters,” began Livingston, “who have worn the cloth of the nation…And when you go all over the country and see organizations willing to take care of those who have served and sacrificed, that is the American spirit, the America we all dreamed to live in.”

According to the Dept. of Defense, Livingston became a trusted commander during his more than three decades in the service. He learned leadership skills early in his career and put them to good use in 1968 when he helped liberate a Vietnamese village and save stranded Marines. For that, he earned the Medal of Honor.  His extraordinary story is commemorated in the book, Noble Warrior, published by Zenith Press.

Livingston was born on Jan. 12, 1940, in rural Towns, Georgia. He and his brother, Donald, were raised on a 3,000-acre farm which they helped their parents, Myret and Ruth Livingston, work as much as possible.  Livingston said he was one of 26 students who graduated from Lumber City High School in 1957. He attended the Military College of Georgia, the current-day University of North Georgia, and was a member of the school’s renowned Corps of Cadets before transferring to Auburn University.

Not long after finishing basic school, Livingston was sent to Okinawa with a transplacement battalion — meaning instead of relieving individual Marines from deployment, the Corps relieved entire battalions to retain unity and efficiency. For about 13 months during 1963 and 1964, Livingston served either off the coast of Vietnam or in the embattled country for short periods of time.

After returning to the U.S., Livingston was given the opportunity to train new recruits at Marine Corps Recruit Depot Parris Island, South Carolina. He said he enjoyed that so much that he changed his mind about leaving the service and decided to reenlist. While he was stationed at Parris Island, he also met his wife, Sara. They went on to have two daughters, Melissa and Kimberly, the latter of whom attended the Naval Academy later in life.

Livingston was promoted to captain in 1966. He served as the commanding officer of the Marine detachment aboard the aircraft carrier USS Wasp before deploying on his second tour of duty to Vietnam in August 1967.

By late April 1968, Livingston was serving as the commanding officer of Company E of the 2nd Battalion, 4th Marines, 9th Marine Amphibious Brigade. The battalion was positioned to the east of Dong Ha Combat Base, a strategic post used to move supplies to other crucial areas.

Also honored during the Gala was Alan Seidman whose strong patriotic beliefs have led to his participation in and chairing of the Military Appreciation Picnic at Stewart Airport. He also serves on the Board of the Purple Heart Hall of Honor and has chaired its building committee. In addition Seidman serves as the Executive Director of the Construction Contractors Association.

Rumshock Veterans Foundation, a nonprofit founded in February 2019 to provide military members with post-service support, received $400,000 that was secured and announced by New York state Sen. Jen Metzger’s office at a news conference Tuesday at the Greenwood Lake Elks Lodge 2067. That funding will go toward purchasing land and eventually breaking ground to make the estimated $3 million project, Victory Village, a reality.

A Sustainable Community for Veterans with Five Important  Components…
There is no way to adequately thank the men and women who sacrificed so much for our freedom and safety. But we can offer them a second chance – an opportunity to be successful members of a supportive community! The staff and volunteers at Rumshock Veterans Foundation are working to do all we can to offer veterans the opportunity to improve their physical, mental, and emotional health as well as reconnect with society through meaningful activities. There are five components to the Foundation’s sustainable program: 1) Rumshock Village, a tiny residential community of affordable housing for veterans; 2) Hydroponic Farming, maintained by Village residents; 3) Victory Transportation, to assist Village residents in making appointments to healthcare providers and other necessities; 4) E-Waste Recycling, involving the recovery of materials to be used in future production; and 5) Canine Companionship, for needed emotional support. 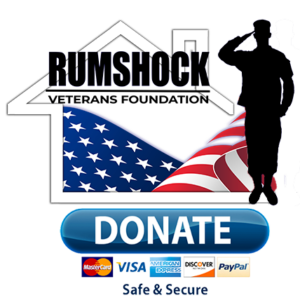 Smile.amazon.com donates 0.5% of your purchases when you select Rumshock Veterans Foundation by clicking on the above link! Thank you. 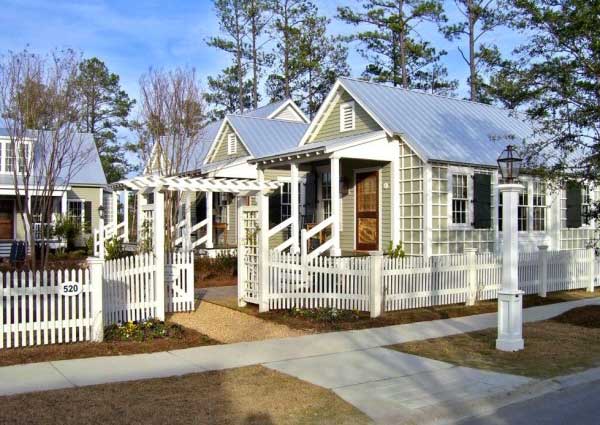 Rumshock Village is a tiny residential community of affordable homes for veterans living in a sustainable and secure environment. Learn more> 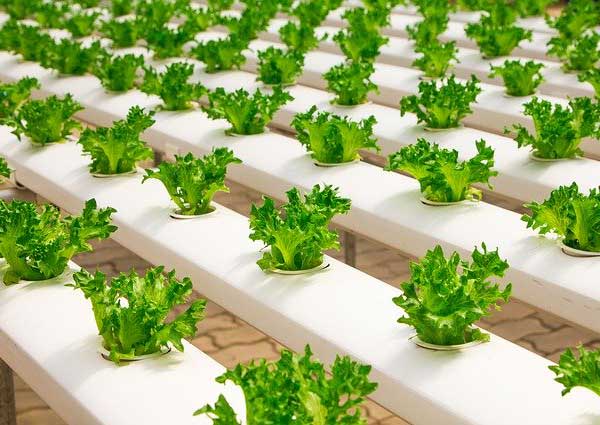 Hydroponic Farming is maintained by Veterans for their own food supply and that of nearby communities. Learn more> 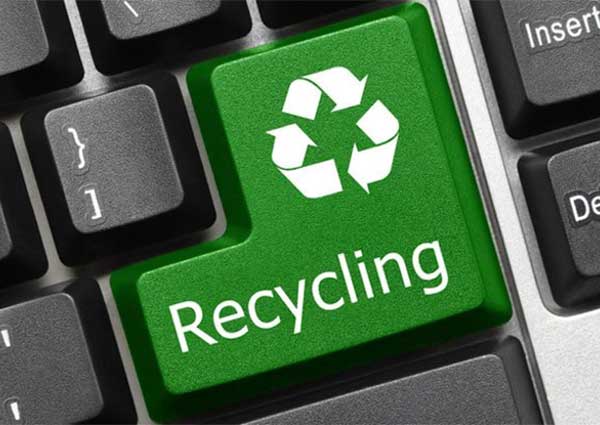 E-Waste Recycling is a way for Veterans to extract recoverable materials to be used in future production. Learn more> 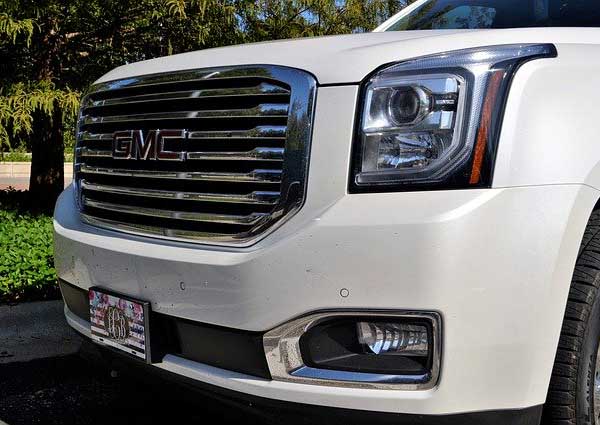 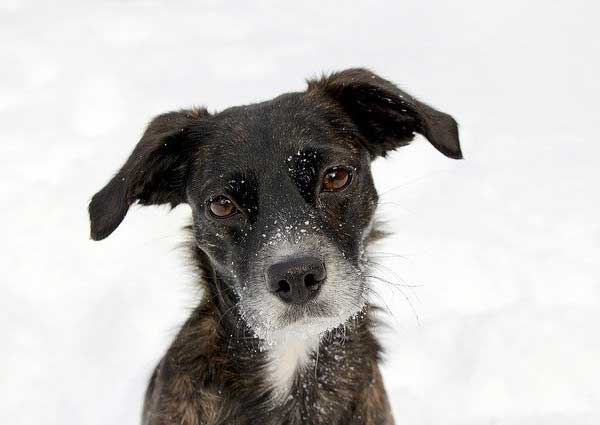 Canine Companionship provides veterans with the emotional support that only trained dogs can provide.

The Rumshock Veterans Foundation has announced the recipient of [...]

We are very excited to be The Charity Chics Charity [...]